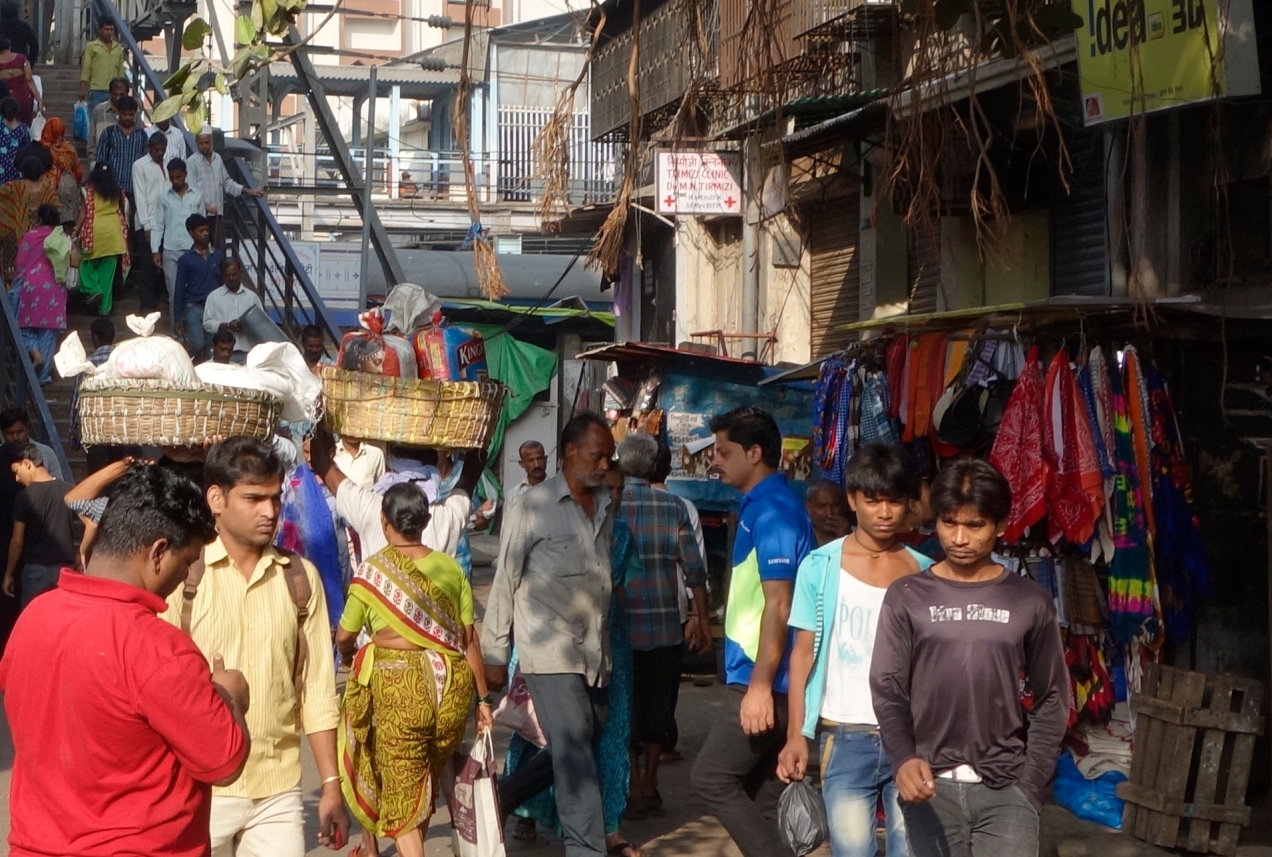 I met a jerk the other day.

I’d walked west across Carnac Bunder, the bridge over the many tracks just north of the ant-hill of Victoria Train Station (three million commuters pass through every day), and, with no clear intent, took the battered stairs down and wandered north and west in the crowded lanes that make up most of Bombay, remote from any tourist stop.

Along Tokaram Lane, the warehouses are fronted by bustees, the tiny slum huts made of tarpaulins and scrap wood, with cooking fires on the pavement in front, little children playing in the road, an occasional bone-thin day sleeper. 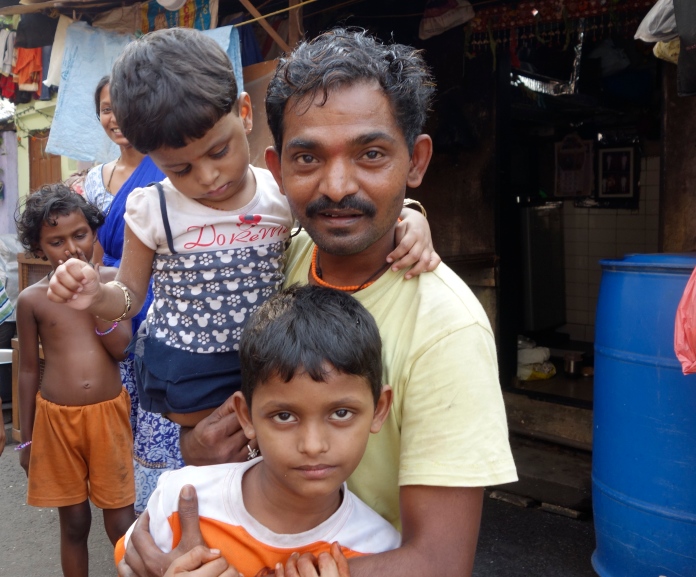 I read that India’s GNP is rising, that the middle class is expanding, that prosperity is beckoning millions, but on Bombay’s flat narrow streets, little of substance has changed in the last 40 years: many more cars, the streets impassable now  with traffic, the air fouled, much more inedible trash (the cows and goats, the rats, the dogs, used to take care of every scrap of garbage), even bustee dwellers with a mobile, but the millions of ragged people are as thin now as then, and high prices, rising, rising, grind them down.

Just beside the hotel as breakfast plates were cleared from white tablecloths, an ancient woman, nearly naked, sat near a spreading pile of her own diarrhea, her head down, her hand out.

Worrisome. Throughout non-tourist Bombay clusters of young men sit with nothing to do, smoking, waiting, idle, unable to find work. They see now what they don’t have, on TV, and it dangles before them in the stores and restaurants they can’t enter, in the pretty women to whom they are invisible.

They have no clear resentment of Westerners, who are not their immediate oppressors, and unlike us they have no well-taught racial animosity. 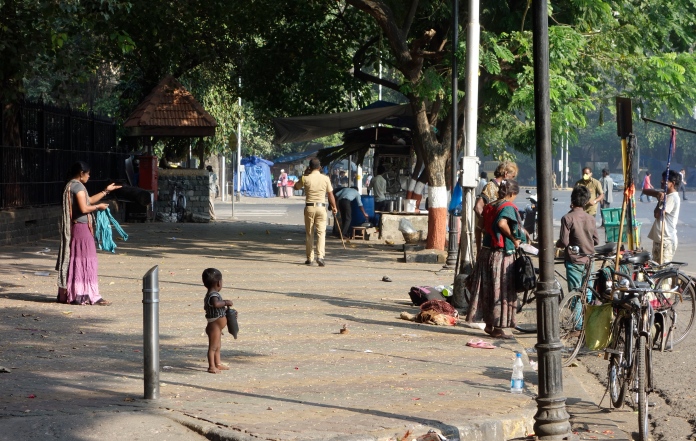 A swaggering policeman cIears a Colaba sidewalk of Dalit riff-raff

It’s a remorseless world, but for reasons unclear to me, I can pass through with impunity. Stares turn into smiles.

It’s not wise, but I interject myself occasionally.

At a littered phone stall/snack shop up in the Mahd District, a tiny boy beside me, a street boy, was fluttering a Rs 10 (about eight cents) note at the oblivious clerk. He wanted to buy candy.

The clerk, a swarthy Donald Trump in an unwashed shirt, was busy cheating me and had no time for the boy. I reached down and picked him up, slowly lifting him so that his head reached my waist, then my chest. He’d stiffened at first but quickly understood and giggled. Whoever, whatever I was, I saw that the clerk was a jerk. I was on his side.

I kept lifting him and began to hear chuckles from the people crowded at the front of the stall to watch my transaction, and then I began moving the boy in front of me like a two-legged pendulum. He giggled louder, holding out the bill. The clerk’s assistant took it, looking nervously at the boss, and handed over the candy. I lifted the boy as high as I could, tipped him forward in a bow and put him down. He scampered, grinning at me over his shoulder.

The little episode maybe contributed to the clerk’ decision not to return my money for the SIM card he had sold me that wouldn’t work in my phone. “Take that, Meddler,” he probably said to himself.

I muttered a few things myself.

One thought on “The Jerk, Bombay”